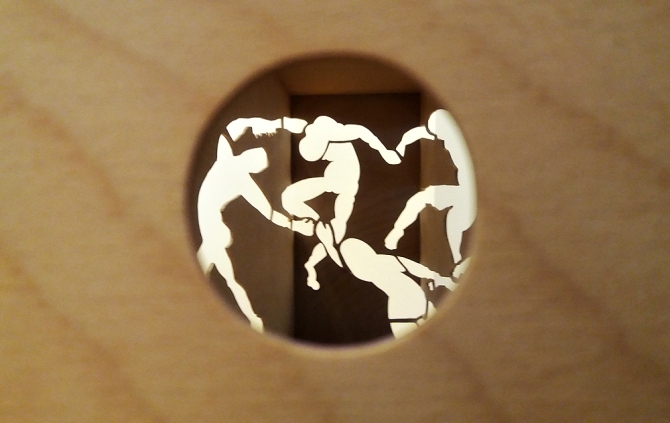 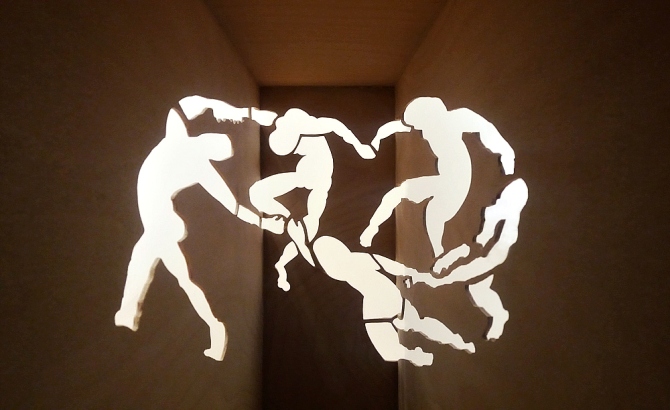 „I created wooden boxes similar to those that museums use to transfer artworks in order to save them. The boxes are closed and only a small hole let us observe the content. The works are using anamorphosis techniques. Different images become visible through the perspective based optical illusion. I created spaces in the boxes by cutting the wood, so thus the image is appear in one angle. The interviews and the opinions are fill them, so the whole installation is focus of contemporary art questions by exchanging ideas and point of views”. (Tamás Szvet )

„This is only his box. The sheep you asked for is inside. I was very surprised to see a light break over the face of my young judge: That is exactly the way I wanted it!” 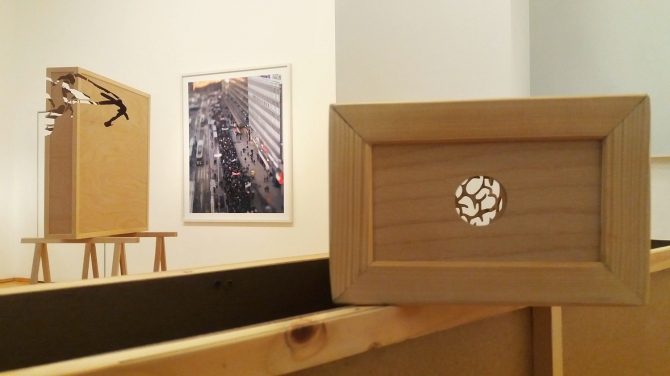 Matisse’s The Dance: „The theme of the golden age of humanity; the figures are not real people but imagined image-symbols. The sources of Matisse’s ‚The Dance’ lie in folk dances, which even today preserve something of the ritual nature of pagan times. The frenzy of the pagan bacchanalia is embodied in the powerful, stunning accord of red, blue and green, uniting Man, Heaven and Earth. Matisse has captured the profound meaning of the dance, expressing man’s subconscious sense of involvement in the rhythms of nature and the cosmos”.

„Long before the cut-outs spread across Matisse’s walls to become immersive, environmental works, Matisse dreamed of creating on a grand scale. In 1942, he expressed to the writer Louis Aragon that he had an unconscious belief in a future life” (source):

„It’s odd, isn’t it? As if I had all my life ahead of me, or rather a whole other life. . .  I don’t know, but the quest for signs — I felt absolutely obliged to go on searching for signs in preparation for a new development in my life as painter… Perhaps after all I believe, without knowing it, in a future life… in some paradise where I shall paint frescoes…” 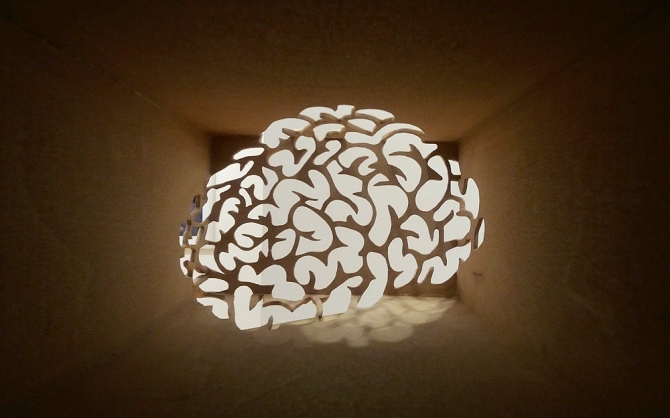 „The project called Case Study, poses certain questions: What people or generally the society expect from the artist? or What does it really mean to be a contemporary artist?

I developed this project during different residencies. I started my work at MeetFactory in Prague, Czech Republic (with the generous support of the Visegrad Fund) in 2012 and proceeded to carry it out during the La Malterie Residency program in Lille, France in 2013. The biggest piece made in South-Korea during the Seoul Museum of Art – Nanji Residency Program. The main objective was to explore local art scenes and find topics in the air.

I interviewed people, including artists and curators to collect information and try to draw a map of expectations, concerning art historical references as well. The contribution of the audience – thinking together, starting conversations – was essential for me as these collected opinions became the basic source of my installation”.